The professor is in

Before we dive into sport organization's mission and structure, let's consider types of sport products as one way to segment the sport industry.

Next, let's consider the products that sport organizations typically offer. There may be outliers, but basically, they can all be grouped into one of these categories:

An academic model of sport organizations

What's an Org Chart and why does it matter?

How does an organization visually show what their structure is, once they've formed it? Most use a tool called an organizational chart (org chart). It usually makes sense for people just beginning to think about "org charts" to look at a military example because of its obvious hierarchy: A General is a higher rank than a colonel.

Military example
For more information about org charts, here's a LINK to the Wikipedia page where the image originated. 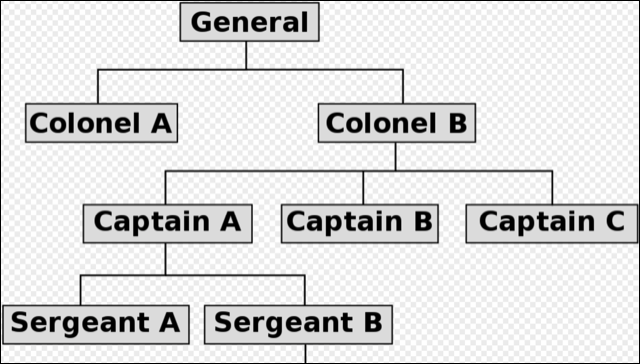 Structuring Organizations
Read Chapter 9 from Pressbook's Fundamentals of Business OER text.
Sport Organization Example
Click to view "An example SPORG" by a list of typical offices that might represent how a college athletic department is structured.
An example SPORG 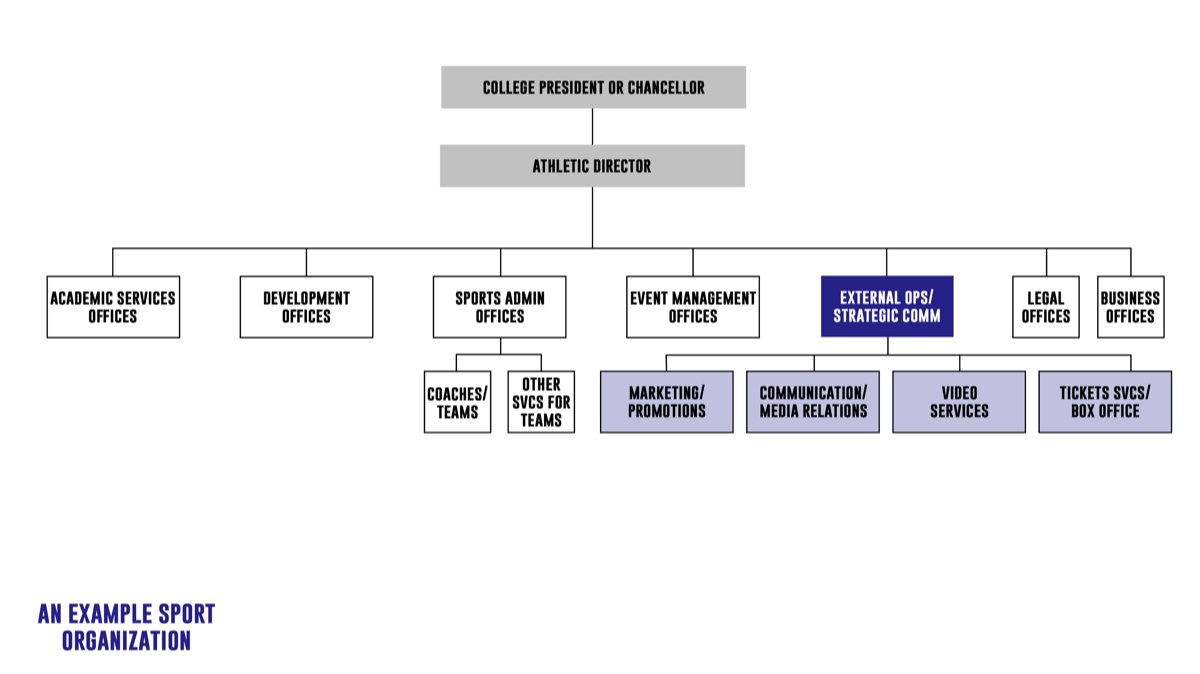 Because we are only investigating the communication roles for a sport organization, only the external operations/strategic communication department is shown with four levels of authority, president, A.D. executive level person (shown in blue) and then the offices the executive might oversee (marketing, communications, video and ticket services).
Close