During the spring of 2017, a sports media-focused special topic class provided students with the opportunity to create a variety of projects and host them on a class website.

The article below was written by Professor Roginson as an example of a longform feature story that is common in collegiate athletic departments: A season preview for a sports team. 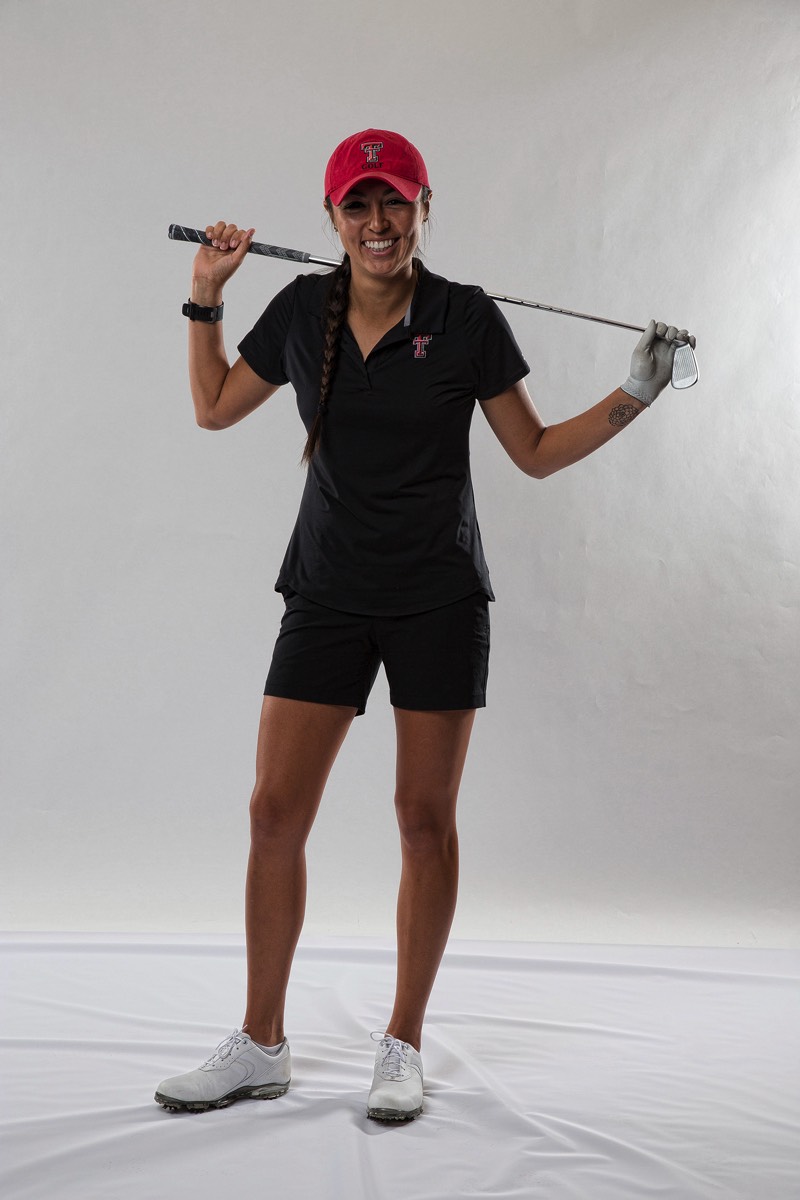 Junior Gabby Barker is poised to lead the Texas Tech Women's Golf team back to the postseason. 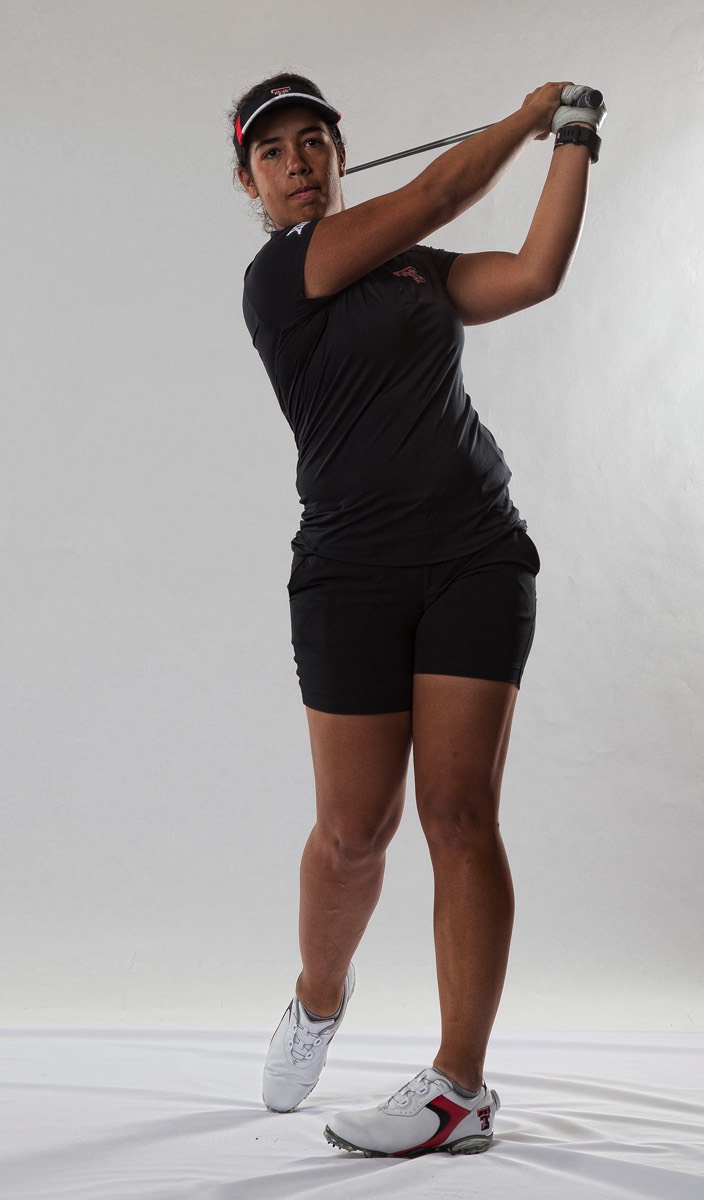 Freshman Sofia Garcia shot a team-leading 4-under par to open the spring season versus No. 13 Purdue.
This article is an example of a long-form feature season preview for a sport organization.
February 12, 2017
From a rankings perspective it was an upset. From a scoring perspective it wasn’t really even close. From the coach’s perspective it was a glimpse of what her team can do.

“If you took our six players and lined them up with six players from all the best teams in the country on the driving range and watched them hit golf balls, mechanically there would be very little difference between these elite players,” JoJo Robertson, head coach of the Texas Tech Women’s Golf team, said recently. “They all know how to swing or to make the shots. The difference is how consistently each player can manage their own understanding of how to play the game while they’re in competition.”

Now in her eighth season at the helm, Robertson talked about how the opening weekend of spring play proved that point. The Lady Raiders opened the championship season (February through June) at a neutral site in Naples, Florida, to face No. 13 Purdue. The Boilermakers, a team which Robertson served as an assistant coach for prior to her arrival on the Caprock in 2009, never quite found their stroke, falling to Tech by 12 over 18 holes at the Forest Glen Golf and Country Club course. (Despite it being a two-team event, the squads competed by stroke play scoring; five players compete and the four best scores get totalled.)

“A player has to learn to manage the situation so that one bad shot doesn’t turn into two more and on any given day, that’s what decides it,” Robertson continued.

Texas Tech returns three players from last year’s squad who competed when the team finished 13th at the Stanford Regional. That includes defending Big 12 Player of the Year and honorable mention All America honoree, junior Gabby Barker. Barker, who has already been ranked as a national No. 1 player three times during her Tech career, figures to be among the leaders in any tournament played again this year. Junior Lauren Mason and Sophomore Mami Yamamoto provided consistent play throughout the fall and both opened well in that win. Newcomer, Garcia, is joined by sophomores Emma Ballard and Caralyn Barker to round out the roster of the six who compete for the 2016-17 Texas Tech team.

“Every week our players have to battle it out to earn those fourth and fifth traveling squad spots and our team is so competitive,” Robertson explained. “Matt and I were talking about this just the other day—that knowing when to play aggressively and when to play smart—is often the reason one player doesn’t get to travel each week and that’s something they each have to learn for themselves.” (Matt Whall is assistant coach in his third season at Texas Tech.)

“As coaches we love that kind of competition, but we recognize how hard it is to be the player left behind when we get ready to travel. And, it’s important for a player’s overall development that they learn how to manage those situations,” she added.

The next test for the team comes this weekend at the Lady Puerto Rico Classic tournament where 18 teams will compete and where No. 41 Texas Tech will face the likes of No. 13 Purdue again, although this time in that tournament format. When golf teams compete in tournaments, players are paired with usually two or three other teams, so individuals don’t play rounds of golf with members of their own team. Commonly, the No. 5 players from the two other teams tee off, followed by No. 4, etc. While members of a team are generally aware of how their teammates are doing, this format allows each of them to focus on their own performance.

“When you get invited to compete in these large, prestigious tournaments, there are so many teams and players competing that really all you focus on is your own performance and let the scores fall where they will,” Robertson mused. "I actually think that makes it much easier as a player, to be grouped with others you don't know."

In future weeks the team will play in an invitational at Houston, will host highly ranked Texas in a match play format on the Lady Raiders’ home course, the Rawls Course, will head to Charleston, South Carolina, Kennesaw, Georgia and Napa, California, before competing for the Big 12 Championship this year hosted in San Antonio, April 21 - 23.

And, importantly for the team and the Lubbock community, this year all that travel leads to the NCAA Lubbock Regional, which will be played this year at the Rawls from May 8-10, 2017.

“We are so excited to host a regional. It’s something we’ve worked hard for, both in terms of our teams’ play to be considered to host and in how proud we are of the quality of our golf facility and the support we get from Lubbock’s golf community," Robertson said. "We're signing up volunteers now to help us with all the details of this prestigious event, things like people who can walk with groups of players and report scores. Hosting a regional tournament is really such a thrill for anyone who loves the sport or supporting Texas Tech and our student-athletes," she finished.

Their coach has glimpsed the potential of the team she can field each week and this year the community has that opportunity as well.

To follow the Lady Raiders on the road during competition, follow www.golfstat.com for scoring updates during tournament play.